SOM named Breakthrough Partner of the Year - Americas by Qualtrics

SOM ― Breakthrough
Partner of the Year 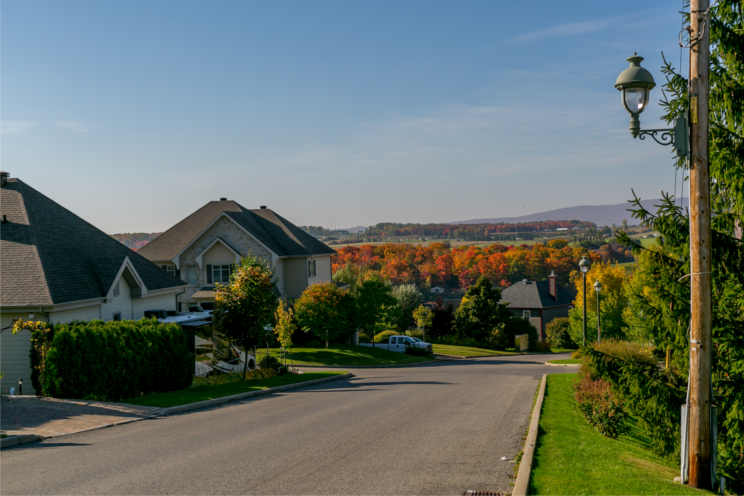 Located in the greater Québec City area, the city of Saint-Augustin-de-Desmaures has nearly 20,000 inhabitants. Saint-Augustin-de-Desmaures’s mission is to ensure that collective wealth is responsibly and proactively managed, while fostering the dynamic and harmonious occupancy of its territory. The city is innovating and leveraging the latest technological advances to provide quality services that meet the population’s needs.

Putting Citizens Back at the Heart of City Management

In 2014, the city undertook a restructuring process that also involved a thorough review of the way it operates. A new management philosophy based on transparency and openness to citizens’ input was adopted.

« Our management philosophy is based on accountability and transparency, where citizens are considered customers, and not simply taxpayers. We had to find a way to measure the population’s satisfaction and to publicize the results. »

Following a call for proposals, the city decided to go with SOMTAB’s dashboard due to its innovative concept, which makes it possible to disseminate survey results on the web in real time. SOMTAB also stood out for its other benefits, such as its ease of use, its quick and straightforward display of results, and its affordable price.

« The survey gives us a snapshot of a precise moment, but the advantage with SOMTAB is that we gather data every day, which gives us a better overall picture, as we no longer depend on one-off factors. In addition, the results are processed and disseminated the next day to the entire population. »

A Flexible and Incremental Process

The process to continuously measure the satisfaction of the citizens of Saint-Augustin-de-Desmaures was deployed gradually. A pilot project carried out at the Urbanism Department proved to be a success and facilitated the progressive implementation in the other departments.

For Mr. Doré and his team, it was important to achieve a solid citizen participation rate. SOM thus proposed the mixed data collection method, which combines the benefits of each strategy and improves cost control. As a result, for public services like snow removal, a random telephone survey was conducted to get citizens’ opinions throughout the winter. In the case of individual services, such as registration to leisure activities, data collection is first done online (online survey sent by email), then by phone where no reply is received.

Tangible Benefits for the City, Elected Officials and Citizens

Thanks to SOMTAB and the continuous satisfaction measurement process, departmental managers obtain reliable data and can quickly make improvements. The partners to whom the city assigns contracts also benefit from this tool, as do elected officials, as they now have a source of information to support their decisions.

« Our local associations greatly appreciate the actions undertaken by the city, as they give the associations access to quality data on customer satisfaction. As a result, they have everything they need to improve. »

« After there was an issue with snow removal, it was much easier for elected officials to make a decision thanks to the large amount of data. »

The data makes the city’s business development easier and optimizes its revenue.

« Whether it’s for marketing purposes, for the sports complex development plan or for the industrial park, we present survey data to prospective investors and this definitely strengthens their trust in us. »

A Tool That Promotes Transparency

In keeping with the new management philosophy of Saint-Augustin-de-Desmaures, the data gathered in this process is disseminated to the public. An online dashboard presents the aggregated data. The city goes even further and displays the results on televisions at the sports complex, city hall and library. SOM research reports include forms in which the city attests that it has taken into account the results and that it commits to making improvements, and in which it details a timetable to do so.

« We have received a lot of feedback from citizens saying they appreciate the transparency of our approach. In fact, the surveys have become a source of pride for the population. »

The continuous surveys have generated the interest of many organizations, not only in Quebec, but also internationally, from cities like Moscow and Las Vegas. Saint-Augustin-de-Desmaures was even invited to speak at the Global Cities Summit of the World Council on City Data in Dubai in March 2017.

« In 2017, Saint-Augustin-de-Desmaures ranked first in Quebec among the best places to live, according to Money Sense magazine. This result surely has something to do with the new management philosophy and bold initiatives, such as continuous surveys, that were adopted »